May is Stroke Awareness Month

The National Stroke Association has designated May as National Stroke Awareness Month.  The goal is to help raise stroke awareness including the signs and symptoms of a stroke, what can be done to help prevent a stroke and ways to help stroke survivors.

According to the Stroke Awareness Foundation, in the United States alone, approximately 795,000 people have a stroke each year and 140,000 of those people will die.  That equates to someone having a stroke every 40 seconds and every 4 minutes someone dies from a stroke. Stroke is also the leading cause of long term disability in the United States.

This topic hits home for me.  Approximately 15 years ago we received a call from one of our very close friends. His wife, one of my very good friends, was in the hospital after having suffered a massive stroke. She was 37 years old and a mother of 3 young boys. The news hit us like a ton of bricks.  How could this happen?  She was young and healthy with no known underlying conditions.  Statistically speaking, nearly one quarter of all strokes occur under the age of 65.  Unfortunately, she was one of those statistics.

Making people aware of the signs and symptoms of a stroke is one of the goals of Stroke Awareness Month. If a stroke is suspected, medical attention should be sought immediately.  Stroke is a medical emergency and the quicker medical care is received, the more likely the person is to survive.

People are encouraged to ACT F.A.S.T to tell if someone is having a stroke:

Signs and symptoms of a stroke also include:

Fortunately, seeing his wife experience a number of the signs listed above, my friend’s husband did not hesitate to call an ambulance.  His quick thinking got my friend to the hospital timely where she received the treatment that ultimately saved her life.

Her recovery was not an easy one.  She was in the ICU for many weeks followed by many months of inpatient rehab.  But, thanks to the amazing Physical, Occupational and Speech therapists that worked tirelessly to help her recover, I am happy to report that she was able to return home to her husband and kids.  Obviously, her recovery continued for many, many months after discharge.  She had to learn all over again how to feed and dress herself, speak, write and walk again.

A stroke can be either ischemic or hemorrhagic.  An ischemic stroke is caused by a blockage of a blood vessel leaving the brain deprived of oxygen. This type of stroke represents about 87% of all strokes.  On the other hand, a hemorrhagic stroke is the result of an artery rupturing and filling the surrounding structures with blood. Hemorrhagic strokes carry a higher mortality rate and generally leave people with a poorer prognosis than if they suffered an ischemic stroke.  My friend’s stroke was a hemorrhagic stroke.  However, they still are not 100% certain what actually caused her stroke, which is often the case.

There are ways to significantly reduce the risk of having a stroke.  These include leading a heart healthy lifestyle.  This includes participating in regular exercise, eating a healthy diet, not smoking and making sure your blood pressure is maintained at a normal level.  It is thought that 80% of strokes are preventable.

During this year’s Stroke Awareness Month, we want to increase awareness of what can be a devastating medical emergency including the signs and symptoms of a stroke, ways to prevent a stroke and awareness for those who have survived a stroke.  There are approximately 7 million stroke survivors living in the US.  I am very fortunate to say my friend is included in those 7 million.  As of today, she is leading a normal life with only minor deficits for which she has developed compensations to overcome.  To see her, you would never suspect she survived a massive stroke.  In keeping with stroke awareness month, know that there are survivors who are left with much more severe disabilities and we need to make sure we offer them as much support as they need to lead as close to a normal life as possible.

OptimisPT EMR contains robust neurological and speech and language content to allow you as a PT, OT or SLP to document accurately and efficiently when treating patients who have suffered a stroke.  To learn more Schedule a Demo. 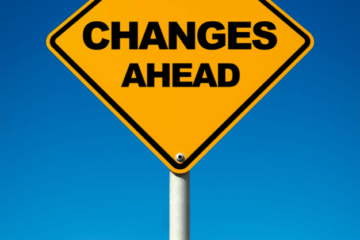 Every year Medicare brings about new rules that impact rehab providers.  Below is a summary of those changes. The final CY 2023 PFS conversion factor is $33.06, a decrease of $1.55 to the CY 2022 Read more… 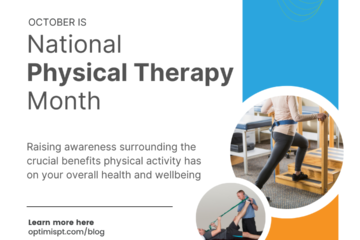 Every October is National Physical Therapy month.  During the month, individuals are encouraged to learn about the benefits of regular physical activity and how physical therapists can help people improve their health and quality of Read more… 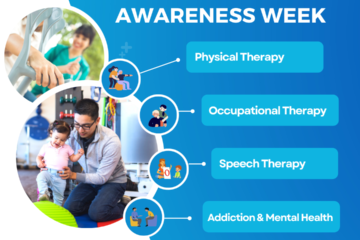 September 19-25, 2022 National Rehabilitation Awareness Week is celebrated the third week of September every year.  The week serves to focus on promoting and celebrating the many forms of rehabilitation that help disabiled individuals to Read more…